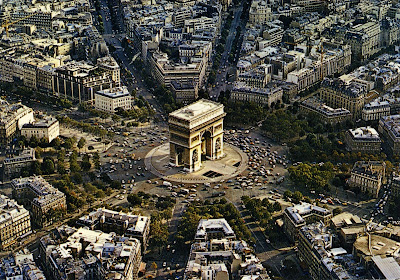 Twelve avenues radiate from the Arc de Triomphe, the customary starting point for victory celebrations and parades in Paris. This 50 metre high monumental building was conceived by Napolean after his greatest military victory the Battle of Austerlitz in 1805. Having promised his men that "You shall go home beneath triumphal arches", the first stone was laid the following year and work was completed in 1836 after many delays and disruptions (including Napolean's fall from power).
Posted by Ingrid Mida at 7:30 AM